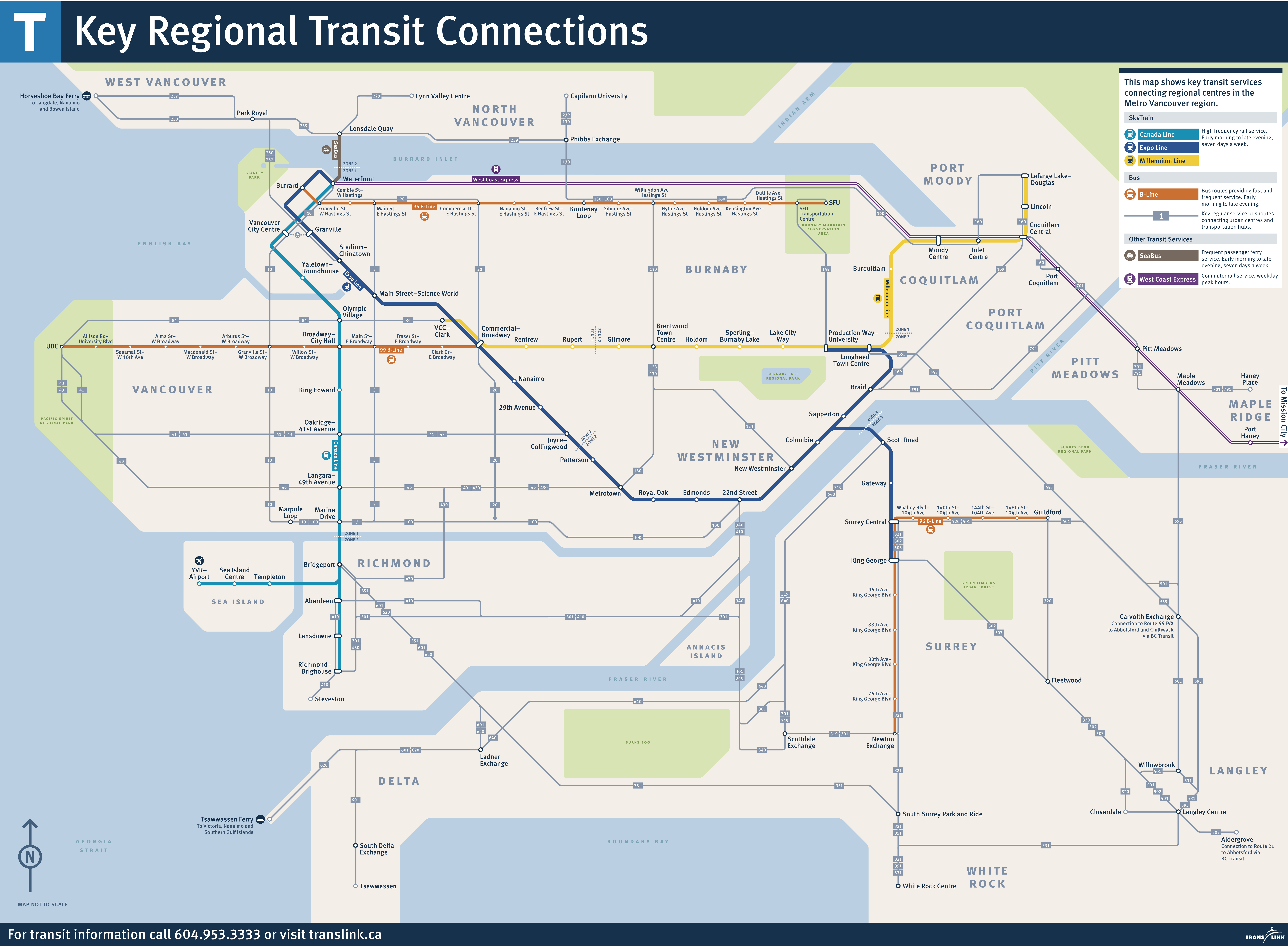 Transit across the Lower Mainland has been improving consistently over the years, with more improvements to come. The transit system gives people more options when it comes to where they live, and helps families who work in different cities every day. The Vancouver / Lower Mainland transit system extends north to North Van, east to Port Moody, Burnaby, New West, Coquitlam, Surrey, Mission, Maple Ridge, and south to Richmond and YVR Airport. Along with great bike paths you’ll find the following routes:

Have a look at the above map of your transit options including major bus routes (double click the picture to enlarge it) and check out the Translink website for more detailed information on routes available: translink.ca. Here is a link to Translink’s Trip Planner to give you the best options in getting from Point A to Point B: https://new.translink.ca/trip-planner.

Vancouver has a great cycling network of bike streets, bike lines, protected bike lanes and air pumps. Have a look at the map below for a comprehensive view of your options, and head to the City website for more information: Vancouver Cycling Routes. 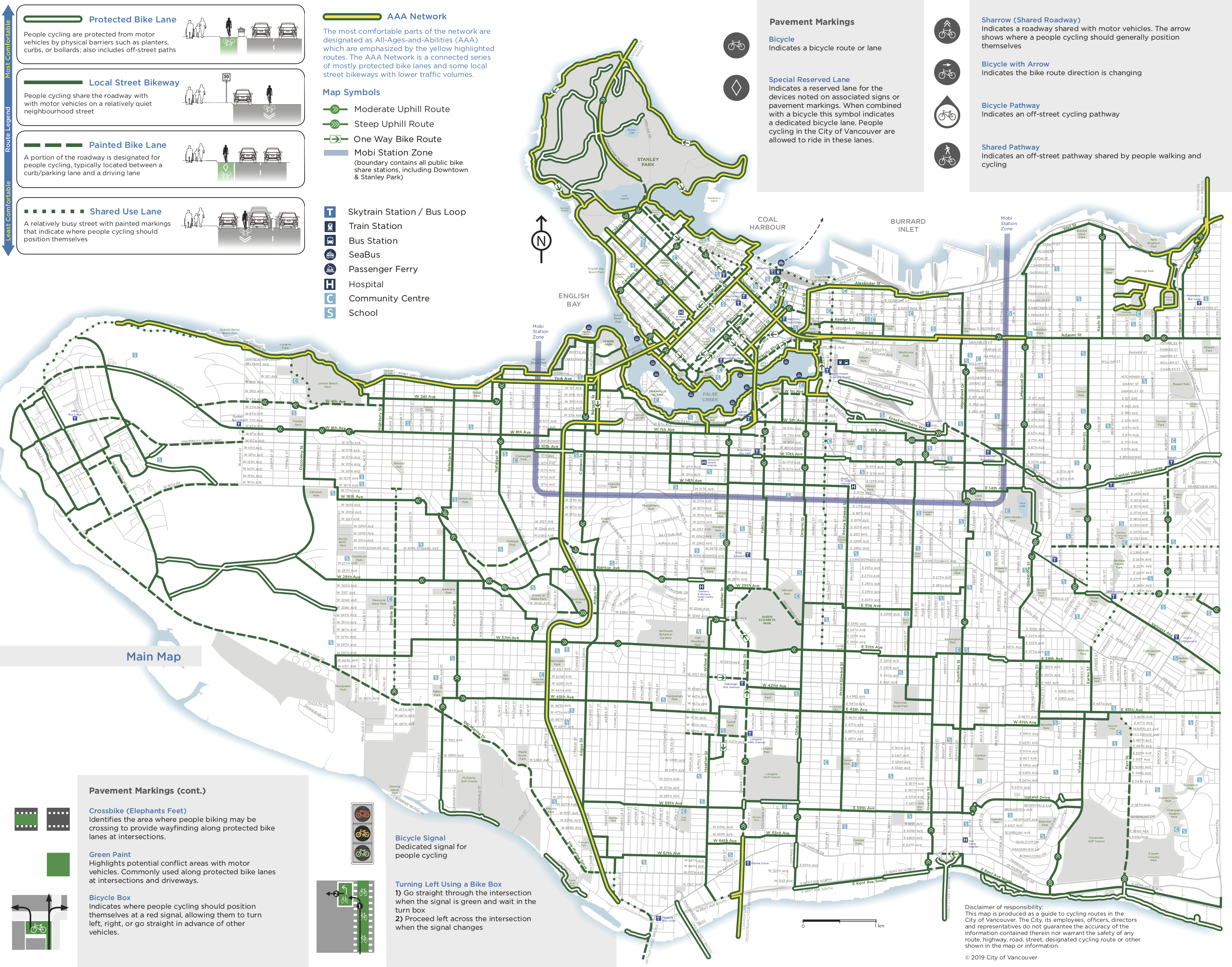